Onlookers! What did the photovoltaic giants talk about in the four CCTV “Dialogues”?

China’s photovoltaic manufacturing industry is No. 1 in the world!

China’s photovoltaic power generation is the largest in the world! 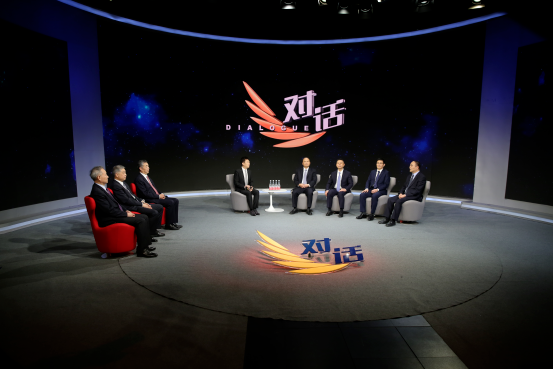 Liu Hanyuan, Chairman of Tongwei Group’s board of directors: Ten years ago, many key raw materials were outside, key equipment was outside, and more than 90% of the market was outside. Today, 10 years later, China’s high-purity crystalline silicon production has become the world’s largest, accounting for more than 65% of the world’s production, and battery modules accounted for more than 70% of the world’s production. So colleagues in the entire industry, if you really think about the situation 10 years ago and the status that China’s photovoltaic industry has achieved today, everyone will have a special sense of pride in their hearts.

Gao Jifan, Chairman of Trina Solar: 2060 is carbon neutral, that is when our entire China carbon emissions are zero. The current coal, natural gas, and oil will all be eliminated, and renewable energy, mainly solar energy, will be the main source of energy in the future. It can be said that there are huge prospects in this. In the next forty years, technological innovation is needed to enable photovoltaics to become the main force in the energy industry.

Gao Jifan said that the so-called carbon neutrality by 2060 means that coal, natural gas, and oil will all be eliminated at that time, and renewable energy, mainly solar energy, will be the main source of energy in the future.

Zhong Baoshen, Chairman of Longi Co., Ltd.: The global photovoltaic competition is very fierce. Even in the Middle East, Saudi Arabia, Turkey, and Russia all have policies that support local manufacturing, giving local manufacturing a better price and a better protection policy. But the current status quo, China’s photovoltaic industry is still thriving, China has formed a complete industrial chain, in fact, the leading advantage of China’s photovoltaic industry is rapidly expanding.

Cao Renxian, Chairman of Sungrow: We have learned a lesson from the past 10 years. We are subject to others. Therefore, in the process of industrial evolution, our business community and our national government departments have done a lot of thinking about how to promote our domestic market, how to promote our company’s independent innovation, substitute imports, and achieve truly independent intellectual property rights. This process, I think, is the result of our system design and the efforts of the enterprise.

Cao Renxian said that on the one hand, we must cultivate the market. On the other hand, our photovoltaic enterprises must keep up with their innovation and technology R&D capabilities, otherwise the state has done a top-level design for you, and you can’t do it yourself, that’s useless. .

In fact, since 2012, CCTV Finance “Dialogue” has broadcast three episodes of PV programs, let us review it together!

“The Secret of Photovoltaic Blood War”: